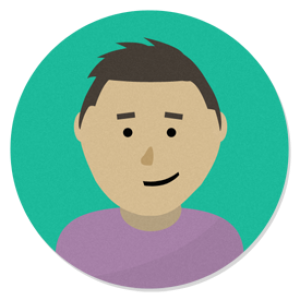 Most of the people I´ve met in Oaxaca who live and love agave call it by its Náhuatl name, maguey. Whatever you call it, this gorgeous plant that gifts us many things, not the least of which being mezcal, is a pillar of Oaxacan culture.  Never have I experienced a drink that is so entrenched in the culture, history, and habits of its region of origin…. (Well, perhaps chocolate or the atoles, although that is for a different story.)

Recently Tlayudona has branched out from offering informational mezcal sessions and tastings hosted in Oaxaca´s central districts to more in-depth explorations of maguey, mezcal, gastronomy, biology and culture amongst the rolling hills where some of the plant´s most popular wild varieties spring forth naturally from fertile soil. Nestled into those very hills in the Sola de Vega region, the cooperative FaneKantsini– sometimes better known in Spanish as “3 Colibrís” (three hummingbirds) converts these wild varieties of agave into micro-batches of mezcal.  This cooperative, headed by a spirited female maestra mezcalera named Sósima Olivera, recently invited us to their palenque (artisanal distillery) to delve into the distillation process.

Having been living amongst this process for nearly a decade, I already knew the basics.  I knew that even the tamed espadín varieties of agave take upward of 7 years to mature, and that some of their wilder counterparts can take anywhere up to 20 years or more to reach a state of maturation.

I have witnessed the mezcal scene grow exponentially, evolving from a beverage at which many people once turned up their noses (in favor of the more commercial tequila made from the patented blue agave) to becoming the “it” drink in Oaxaca and urban centers around the world.  So naturally, I know that the sociological and ecological implications of this market shift are massive. Most people whose lives intersect with those of Oaxaca´s maguey are quite concerned about the future of the plant, as its supply is dwindling all too quickly in the face of having sparked recent worldwide interest.

The increasing demand for the wild (silvestre) varieties can be especially disconcerting, when considering the difficulty that people have had domesticating and propagating them in the past. As a result, Fanekantsini and other cooperatives are exploring innovative ways to make mezcal production more sustainable.  They are transplanting small baby agave that spring up naturally next to the mother agave, in order to maintain the growing conditions but allow the plants more room to grow. They are also branching into germination practices. They create a fertile bed for the seeds to spring from, using a mixture of organic agave fibers left over from previous distillation processes, combined with soil from the surrounding hills and animal wastes for added nutrients.

We each got to take turns planting agave seeds, which will later be transferred into the hills.

Sósima has explained that the same agave plant they use to distill mezcal has a plethora of additional uses. It is appreciated for its medicinal purposes in the villages, and its fibers are woven into ropes used for the donkeys, which are essential for carrying the piñas (chopped agave “pineapple”-looking centers), the raw material that is cooked, crushed, and fermented in the distillation process. Traditional palenques are naturally-sustainable operations, and their practices are organic.

Mezcal as a Way of Life

What I didn´t know prior to this recent trip, and what I suppose is nearly-impossible to gather from the burgeoning urban mezcal scene, is how it feels to be in maguey country… How mezcal is life, strength, passion, daily struggles and cotidianidad (everyday living). How it´s at the heart of constructing community in many villages, and how so many people´s stories are interwoven amongst the magueys´ shades of green.  How its cultivation requires patience, balance, and a harmonious, sustainable relationship with nature; how its trade has maintained a thriving rural alternative-economy where no money ever exchanges hands; and how its consumption marks rites of passage, and the beginning and closing of various cycles ranging from the planting and the harvest to life and death.

Being out in mezcal country during the Day of the Dead season made these lessons particularly poignant.  A sense of the cyclic nature of rural life was omnipresent, flowing amongst sensorial sights, sounds, and even aromas.  Farmers were busy chopping fields upon fields of orange and gold marigolds to be hauled down to the markets and purchased by families who would use them the following day to adorn homes, altars, and gravestones in honor of the arrival of the muertos. A mere whiff of the aroma of cut marigolds immediately transports me to this special time of year.

Grandfathers and grandsons worked side by side in the campo, where corn, squash, and marigolds were interspersed amongst the majestic agaves. There was a solid harmony between old and young, amongst both the plants and the people. They were sharing routines, lessons and aprendizaje, spaces, and stories.

José Díaz and his grandson.

Since There has Been Mezcal, There Have Been Women Mezcaleras

And on a personal note, it was also extremely special to hear these stories braided together and told through one woman´s narrative, by someone who has lived this glorious plant’s processes, obstacles, successes and impacts as only a woman could. Sósima underlined the importance of community and cooperative work in the distillation process, although she peppered her explanation with personal anecdotes of the trials and tribulations that she–like other women–has had to confront over the course of her lifelong affair with mezcal.

Sósima, talking about her personal journey with mezcal, and how it culminated into Fanekantsini.

Join Us on our Next Venture

Although so much about this plant’s legacy is complex, one thing I could clearly deduce is that there are worlds within worlds, and that the maguey and its liquid mezcal form open an entire world of learning to be had.  So we’ll definitely head back out to the campo to learn more soon. Keep an eye on our calendar in order to join us for our next trip, or feel free to send us an email if you’d like additional information.

Wednesday, October 21st, 2020 Oaxaca is currently in “orange” according to the governmental traffic light system. You can read more information about

Alebrijes Abound Our very first experience as “Tlayudona” was with our alebrije-painting host, Alex, from Tilcajete. We continue to work with him,

Wrapping Up 2019 As 2019 comes to a close and we embark on the transition into a new chapter, it seems important